Welcome to my Clickworker review.

Many people nowadays are looking to earn money from the comfort of their homes. The Internet provides many opportunities for one to earn money online like blogging, YouTubing, etc:-. One such opportunity is earning via Crowdsourcing platforms like ClickWorker.

In recent days, as many online peers are diving into this ClickWorker platform, I decided to do a detailed review for those who are unsure about investing their time into ClickWorker.

Clickworker is a German-headquartered company established in 2005 by Alexander Linden. It is an online crowdsourcing platform where you can be paid for completing the tasks they provide. The tasks can be completed at any flexible time you have and from anywhere in the world.

We’ll discuss more about the type of tasks they provide later in this article.

Is Clickworker Scam or legit?

Clickworker is an old company with an extremely good reputation as they’ve been around Since 2005.

They’re completely a legit company and not a scammer. With the cool features and tasks they provide and upon comparing with other Crowdsourcing platforms, we’ve to agree that Clickworker stands out from its competitors.

Who can join Clickworker?

Almost anybody age 18 and above can join. If you’re below 18 then Clickworker is not for you.

You should be in a country where PayPal or Transferwise payments or SEPA payments can be made to receive payments from ClickWorker.

Many companies and business people approach ClickWorker to get help with their projects. Now Clickworker will divide the work of a project into micro tasks and deliver them as tasks to all the workers (that is basically you) for some pay rate.

If you complete the tasks then, you’ll be paid as per the pay rate mentioned, after assessing the quality of your work.

Finally, Clickworker will combine all the completed micro tasks and deliver them to their clients (that is the companies and the business peoples). This is basically how ClickWorker works.

What type of tasks does Clickworker provide you?

One thing to remember is that each task has time to get completed once it starts. So if you get delayed with a task then you’ll need to forget about the pay.

These are some of the tasks which you can find on Clickworker:-

In addition to these, I’ve come across many microtasks. These tasks take minutes, sometimes hours. It all depends on the tasks.

The number of tasks you take depends on you, and the availability of these tasks.

How to get started?

Signup yourself as a clicker and verify your mail-id. Now fill out your details like your phone number, country, etc:-

After doing this, you have to fill up your profile information like your profile photo, skills, languages you know, etc:-.

That’s it. You can head over to the job section to find our micro-tasks available to you.

There’s a thing called UHRS (Universal Human Relevance System) that is available on ClickWorker which we’ll discuss later on.

How much can you earn with Clickworker?

According to the FAQ page of Clickworker, your pay will depend on the level of difficulty of the task and completion time.

The fee is calculated based on a number of other factors such as length of the text, level of skills required for the task, the amount of research involved, and so on.

According to reviews on the internet, you can earn on average $9 an hour.

Clickworker is good to earn some extra money but should not be substituted for a full-time job or self-employment.

How Payments can be withdrawn from Clickworker?

Payments are made through PayPal or Transferwise. However, if you live in a country where PayPal and Transferwise aren’t available then you can be paid by a SEPA transfer (only SEPA supported countries)

Depending on your payment method, you will either be paid once a week, every two weeks or once a month.

To withdraw your earnings, you will need a minimum of 5 euro(in case of PayPal payment) or 10 euro (in case of bank account or Transferwise).

Are there any Qualifications to get these tasks?

Most of the Clickworker tasks ask you to take some tests or assessments. The tests are usually very basic and most of us will get through. However, some tasks require you to do some not-so-easy assessments.

UHRS also called a Universal Human Relevance System is an individual website that is connected with Clickworker which offers tasks/jobs just like Clickworker.

Why should you join it?

What’s so good about joining UHRS is, you’ll get more tasks in addition to the click worker’s tasks. This reduces the possibility of not getting tasks in Clickworker.

How to join it?

Getting UHRS tasks in Clickworker is not that easy. You’ll need to take two assessments named UHRS1 and UHRS 2. But the UHRS must be available in your country otherwise you won’t be getting these assessments.

That’s all about the UHRS that you need to know. You can still get tasks without UHRS, it’s not necessary unless you need to get more tasks.

Is work available all the time on Clickworker?

This is where most of the crowdsourcing platforms make a mistake. Let’s see if Clickworker provides you with tasks every time.

At first, you’ll only get a handful of tasks in your account. You’ll need to take some assessments to get more tasks. The assessments will be given based on your profile information. So make sure to fill up your profile.

If you make errors frequently in your tasks, then some amount will be deducted from your balance. We know this sounds bad but this happens only if you make mistakes too often.

If you feel you don’t get enough tasks then you’ll need to take the UHRS assessments to get more tasks.

It’s no guarantee that every time you log in to Clickworker, you’re going to get tasks. It all depends on the good rating of a profile and your experience with Clickworker.

Every company can be judged by how they act to the complaints and queries of their clients. Clickworker support is actually better than what we thought. They responded to every query that we’ve mailed them. Though some of their replies took long, they answered every single question that we mailed.

They also have a pretty good FAQ section with common questions and problems that one faces.

What about Clickworker App?

Clickworker offers an app version for both android and IOS. It’s actually a lightweight app of approximately 20mb. We’ve used the app and found no problems.

However, the reviews on google play store mention some bugs in the app. But it has a good rating.

An app version is a good thing made by Clickworker because most of us won’t be using a laptop or computer system every time.

Though their app is not bug-free, it’s not that bad to use and we can’t blame an app at its initial stage.

Things I liked about Clickworker:

The payments are made very easy through PayPal or Transferwise globally and even through bank accounts (SEPA) without having to face any hurdles in-between.

After all, it doesn’t cost anything to join Clickworker except your time and who doesn’t love free things. There’s no signup fee or any additional charges to pay to use Clickworker.

As we’ve seen some details about their mobile app, not many crowdsourcing platforms will provide a mobile app to work with. It enables flexibility for one to work anywhere and mobile phones are a handy tool to use.

The tasks they provide are mostly easy and not very complicated. You’ll need only basic knowledge to complete these tasks. This makes it suitable for everyone to join Clickworker.

You’re not going to get tasks 24*7 in your Clickworker dashboard. Though we don’t know much about the UHRC tasks, a normal Clickworker account won’t give you tasks all the time.

Most of us don’t like to take any kind of assessment. Though many assessments are easy, the time to complete these assessments is a bit long which makes one lose interest to further continue.

Clickworker claims that you can make $9 per hour on average but as one can see with each task pay rate is very low, making $9 per hour is very tough as they claim.

Some tasks take days to get approved by the clients and some even get rejected. This makes one frustrated to see their work rejected after waiting for a long time.

Complaints and Reviews about Clickworker:

Here are some reviews of Clickworker in various job and review sites:

Trust pilot has balanced reviews both positive and negative. The positives seem us to get into Clickworker while the negatives tell one to stay away from this site. Some of the negative reviews tell that your account will be banned for no reason.

Reviews on Reddit also suggest going for Clickworker. Most of the users wrote that they earn some decent amount as pocket money while some of them wrote about the inaccurate ban of their Clickworker account.

Glassdoor has also mixed reviews about Clickworker. Positive reviews are as usual while the negative reviews tell the lack of task availability, very slow support team, and delayed UHRS payment.

Thanks for reading! I hope this review was useful to you.

Clickworker is a good platform to actually earn some pocket money. Don’t quit your job for this. That is the most insane thing one can do because Clickworker has a low earning potential.

We recommend trying Clickworker as a small side job to your main job and only if you like it then continue earning at Clickworker. If you don’t like or seems to be wasting your time then this platform is not for you.

Do you have any previous experience working with Clickworker? If so, do share your thoughts in the comments section below. 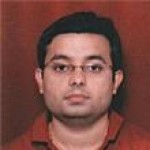 Hello, I am Monty and I welcome you to the website. I am the owner of the website and I am here you to guide you find legitimate work-from-home jobs and ways to make money online.